Last year on one of my weekly Monday rides, I came across the village sign for Little Easton. As a youngster I was heavily into model warplanes, soldiers and war things in general so my attention was immediately pricked by the plane on the sign. This really caught my imagination and I have since begun to research my Grandad’s service in the RAF. 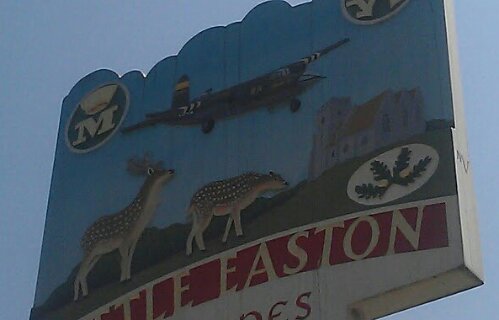 RAF Great Dunmow (aka Little Easton) and USAAF Station AA-164 was home to 552d, 553d, 554th & 555th squadrons of the 386th Bombardment group (Medium). The 386th were known as “the Crusaders”. Although they didnt arrive at Little Easton until September 1943, from mid 1942 their missions were to bomb marshalling yards, gun positions and airfields in France. Soon after the invasion of Europe they were flying from Normandy. 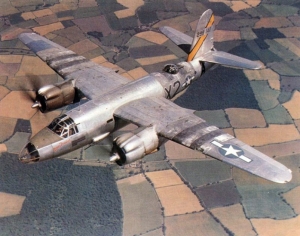 Pill boxes scattered around what are now farm fields, guarding the airfield perimeter further towards Dunmow and closer to the village of Little Easton are a reminder of what was here and what was going on just 70 years ago.

For another taste of local history, the excellent WW2 database shows a pic of Great Dunmow based “Carefree Carolyn” landing wheels up and the lucky (but happy) crew afterwards.

A wrong turn one day on the bike took me onto the closed airfield itself.  Along the concrete runways the memories of those making the ultimate sacrifice are at risk of being forgotten as the area is fast turning into a quarry. Just as ancient oak woodland was levelled to accommodate a temporary airfield during a world crisis, it seems that this land is now sadly expendable in times of economic recovery. Thankfully the Imperial War Museum up the road at Duxford & the nearby American Memorial Chapel at Little Easton Parish church keeps their service & sacrifice alive for us on this day of remembering.

It serves as a harsh reminder that the 386th lost 193 men at a time that the tide was turning against the tyranny of Nazism. It tells me that these young, willing Americans who never saw home again were instrumental in giving us so many of the things that we enjoy and take for granted today.  Along with those who survived, this is their ultimate sacrifice.

Today in Britain and I suspect for the next 5 years  the focus will be to remember those who fell nearly 100 years ago in foreign fields that will forever be England.  But like you Grandad, those Crusaders of 386th Bombardment group, USAAF will never be forgotten. Not here, not ever. Today, among others, I am remembering you and what you did for us…

1 Response to Remembering them