…or in my world kilometres.

I was having a think about my January post and about the angst of slavery to numbers, my crappy phone and a general ambivalence towards riding. So while Mrs B2W was out marathon training, I decided to have a look and compare to see where I am in comparison to my first winter of regular riding:

I had to look more than twice to see those stats. Not bad but it was a wonder exactly WHY after making the decision to shove the distances that I am only 122 km shy of last years effort. Indeed, I rode 200 km less in Jan than I did for the same month in 2016. I suspect that last year was a first riding through winter, a novelty and that I looked at it though my rose-tinted spectacles. I won’t bore you with details except to say that October 2016 was relatively mild and dry and before the paradigm change 3 months later. I covered ~ 300 km more than Oct 2015 & this compensated for less distance in Jan 2017 quite nicely thank-you very much. With the temperatures in the UK consistently staying at a maximum 2-3 layer comfort level and the days getting longer, I am going to smash that record- another week of riding should do it which will leave me with an optional week off for good behaviour. 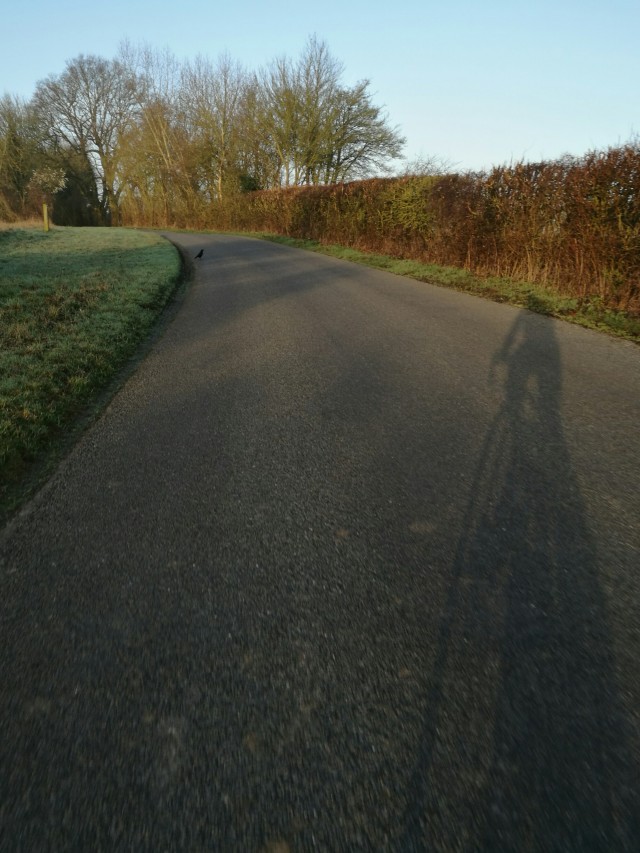 The purchase of a new 29er in August fired me up for winter adventure. But surprisingly, the enjoyment and satisfaction of conquering the elements was not there by January. I had grand visions of muddy adventures, reverse cambers, heroically jumping boulders and tree roots in MacAskillian fashion after which I would ride off into a watery sunset. Not so but the variety has been realised in other ways.
Being 2+1 gives my commutes greater flexibility – varied on/off road routes and options of the newly discovered informal “park and ride”. Some towns and cities in the UK operate a system where you park your car at one of these centres on the periphery and commute by bus into the centre of town. Up until recently, the parking is free while the commuter pays the bus fare to and from town. It is supposed to reduce motor traffic within the city centre and the burden of car parking.  I have modified this somewhat, using a local supermarket car park to leave the van all day while I ride in to work or back home after the school run on my day off on a Monday.  To avoid suspicion of the supermarket owners, I rotate these car parks weekly-one supermarket in the town where I work that now limits parking to 2 hours to stop commuters parking and walking to the train station so I’m trying to be discreet while this free parking lasts!

Sometimes bad tempered Dad to 2 sons who break things. Use the 2 wheels to get from A to B when I can
View all posts by biking2work →
This entry was posted in bike commute, commuting, cycling. Bookmark the permalink.